Richard T Kelly is a writer and lecturer at the University of Winchester.  He has also been an editor.  Friends would ask him, he says, how he could spend all day editing and then go home and write his own stuff.  “It seems very simple to me.  I’m just making things out of words and sentences.  If you’re a carpenter, you might make a table in the morning and a cabinet in the evening.  What’s the difference?”  Richard’s talk demonstrates how writing doesn’t need to be defined by the boundaries of its genre.  He expands on his view that fiction and nonfiction is “… playing vaguely in the same sandpit but something else comes out of it.” Adding, “It depends what container you pour it into.” 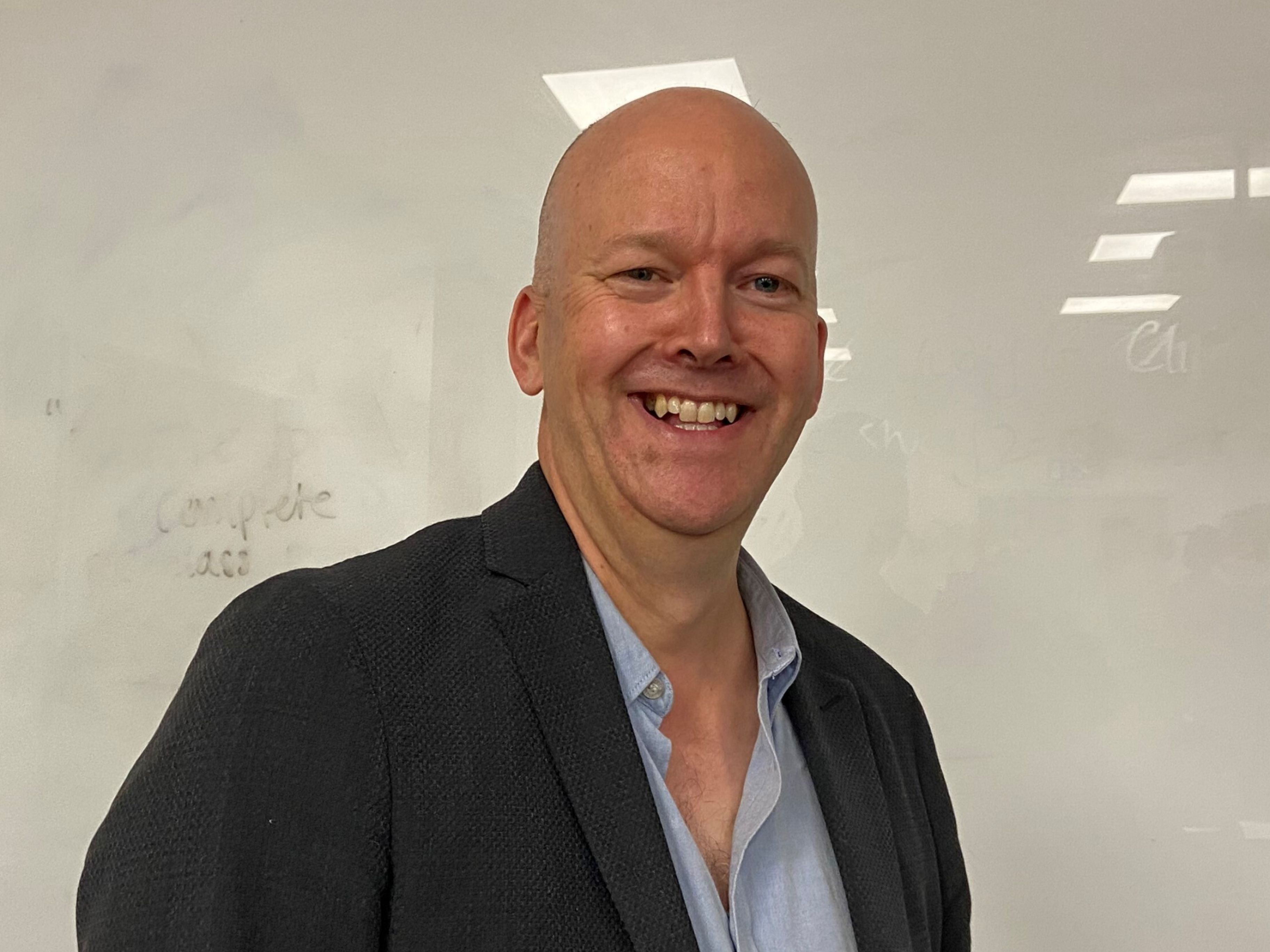 When Richard began writing, he had a desire to write true stories.  However, he “… wanted to tell them with some finesse,” rather than many history books which are simply “… one damn thing after another,” to coin a famous phrase.  He wanted to create something which was both factual and had some creative spark.  Richard goes on to say that, eventually, he wanted more.  “I wanted to express myself non-fictionally.” However, he says he soon realised he did not have any imagination!  He explains: “I have to believe that something is true or could have happened before I can fictionalise it.”  What Richard realised, however, was that he could use his nonfiction writing skills to create fiction.

So where does the title of Richard’s talk come from?  And how is it relevant to the relationship between fiction and nonfiction?  The lie that tells the truth is a phrase credited to Picasso  – and is often misquoted (Richard reminds us that many great writers such as Mark Twain and George Orwell are always being credited for things they didn’t say!):

“Art is a lie that makes us realize truth, at least the truth that is given us to understand.  The artist must know the manner whereby to convince others of the truthfulness of his lies.  If he only shows in his work that he has searched, and re-searched, for the way to put over lies, he would never accomplish anything.”

Richard suggests that Picasso is referring to something known as “poetic truth,” something Richard claims he is “… not qualified to expound upon.”  He tells us that the fabrication or elaboration of an event can sometimes feel stronger than the real thing (“It didn’t quite happen that way, but it should have.”).  He says that there is an artistry required to do this.  Picasso is warning against too much research and too many facts – again “… one damn thing after another.” And he claims “that doesn’t make for art. “

Richard then goes on to quote Jean Cocteau:

“I am a lie who always tells the truth.” (Poem, The Red Package)

He suggests that these two quotes together have morphed into the one that is often used, explaining that he “… pitches his tent between Cocteau and Picasso.”

Richard tells us that nonfiction is commonly referred to as creative nonfiction in universities and publishing houses, which suggests that there is creativity involved within the genre.  He then introduces us to some “legends” of creative non-fiction:

Although uncommon in Britain at the time, Gordon Burns wanted to write in a similar way to Mailer.  It was “… taking real life and writing about it in a poetic way.”  Richard says there was a thrill to having real life written about in a way that involved some art.

“Writing fiction is for me a fraught business, an occasion of daily dread for at least the first half of the novel, and sometimes all the way through.  The work process is totally different from writing nonfiction.  You have to sit down every day and make it up.”

Richard explains Didion’s theory that in nonfiction, it’s the notes which create the work. She claims that with regards to research, the writer is “… almost honour-bound to use it,” comparing it to sculpture, rather than simply “One damn thing after another.” It is, says Richard, “An elegant rendition of the truth.”

These writers inspired Richard to “steal a few tricks” and he goes on to explain these a little later on in his talk.

The modern American biography seems to be an updated version of the New Journalist style and Jean Stein and George Plimpton are experts of this.  This updated style is often referred to as Oral History or Oral Biography: Taking a subject and talking to everybody around who knew them, creating a bank of interview transcripts.  The resulting transcripts are edited, interwoven, and arranged on the page to form a sort of conversation between witnesses.  Richard describes this as “a talking head documentary on paper.” The result is often the disappearance of the author from the narrative (Richard suggests American Journey: The Times of Robert Kennedy by Stein and Plimpton as a great example of this).

One great benefit about this “Oral Narrative” is that the writer is freed from the shackles of journalism.  With this method, Richard explains, “… you can’t change the meaning of the story, but you can make it more engaging.” It’s a creative way for the author to use interview material – the interviews are much more about the words being spoken.  They are also about the observational opportunity of being with someone close-up for a period of time.  You can have disagreements and arguments on the page and allow the reader to form their own viewpoint.  When the interviews have been collated, Richard says that contextual information will also become apparent, such as the time period and culture of the person giving the interview.  In this style of writing, the author becomes very much part of the background; however, creativity is still important.

Richard has written several books and as stated earlier, has tried to “steal tricks” for his own works.  “It’s great to take true things and then give them some creative polish.”

Richard is superstitious about talking about his next book, which is not yet published. We look forward to hearing more about the new book in the future.

+A fascinating talk which truly demonstrated the symbiotic nature of fiction and nonfiction.