An evening spent with Hampshire Writers’ Society is often a serendipitous, informative and enjoyable affair, the curtain-raiser to the 2018/19 season was all three and more besides. From a request for ghostwriters (see below) to a mix of speakers engaged in an eclectic range of topics including a writer’s self-publishing journey and an in-depth explanation of what it takes to produce a child’s picture book from concept to completion, September’s meeting had it all.

If any member would like to be involved in a ghostwriting project and is specifically interested and able to render some forgotten but important aspects of British history (channel your inner Walter Scott) then please do get in touch with the Society via the usual routes. 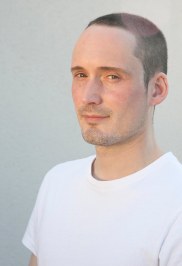 Children’s Author, Tracey Corderoy and the editor of Little Tiger Press, Barry Timms shared the platform to offer a detailed and highly informative account of what it takes to get a new children’s picture book on to the shelves in an ever increasingly difficult market.

To give some idea of the scale of Barry’s annual endeavours it’s not uncommon to see him working on 30 separate projects per year whilst simultaneously managing output and direction from multiple authors on behalf of Little Tiger. Given the extent of his involvement with the creative output of diverse writers, it is important for him to gauge author sensitivities and in so doing manage people as individuals in order to support them and help them produce work of the highest standards. With this last in mind, Tracey pointed out that their own author/editor relationship is founded on trust and mutual respect. With a production time of 18 months from a project’s acquirement to the finished book appearing on the shelves, managing relationships must be an important co-skill.

Over time, Tracey has developed a thick author’s skin and has come to see that many of the editorial decisions that might at first seem out of kilter end up being for the best both in terms of artistic quality and commercial success. On average, we were told, a picture book requires 7 re-writes with some requiring many more than that. Manuscript development goes through 3 main phases starting with a structural edit followed by a line edit and finally a copy edit/proofread. Unlike most books aimed at adults, children’s picture books have the all-important aspect of illustrations to consider. The illustrator has a pivotal role in blending the narrative and close cooperation between all the production team is indispensable as the book’s artwork develops. This is a process, Barry explained, that is undertaken in 4 phases with character creation, thumbnail production, working on the text/image interaction and then the final artwork.

Many will have struggled to produce a ‘blurb’ to support their own work let alone a synopsis but these are two elements that are just as important when trying to market children’s books to an interested publisher. The two main children’s Book Fairs are held in Bologna and Frankfurt and Little Toller’s commercial year revolves around these two events. Tracy and Barry finished off their presentation by agreeing that memorable characters often represented by animals involved in twisting plots or favourite themes are perhaps the best places for any would-be children’s author to start from. 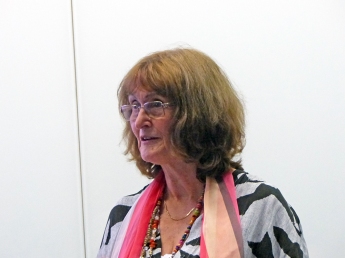 Brenda has been a long-time member of Hampshire Writers’ Society and has taught within the adult education sector with a specific focus on creative writing for many years. Latterly, she has lived and worked in Sri Lanka where she pursues her twin passions of teaching and writing. With an already enviable publishing track record, she wanted to extend her output to include a ‘proper’ novel, a goal that she has now achieved with the appearance of her debut, A Marriage, A Journey and A Dog  http://bhsbooks.com

It is a work that plots the story of Natalie, an ordinary woman of humble means, who undergoes transformative experiences when she undertakes a journey through Europe.  Brenda writes stories that she herself would want to read with narratives underscored by humour and believable characters (we all know a Natalie) that carry the reader along briskly. With a virtual clean sweep of 5star reviews, we should all look forward to Brenda’s future work.