Report by Carole Hastings
Some characters spotted at the event.
Miss Havisham, Little Dorrit, Quilp, Mrs and Mrs Micawber, Tiny Tim and Mrs Nickleby were amongst others at this final event of 2012… 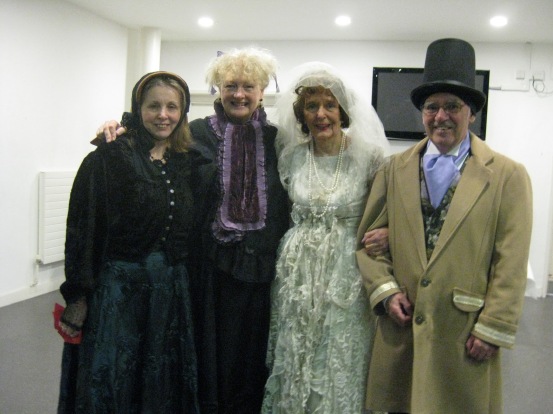 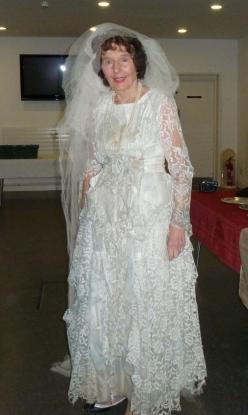 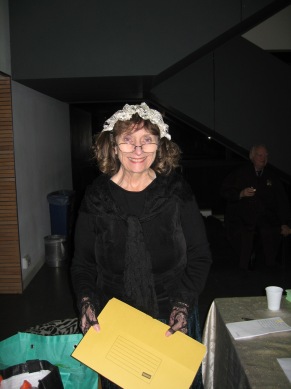 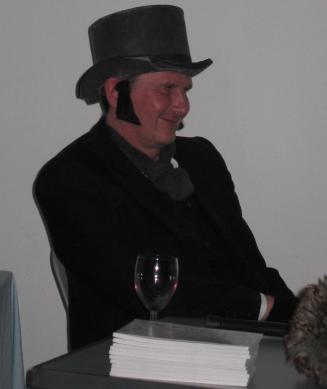 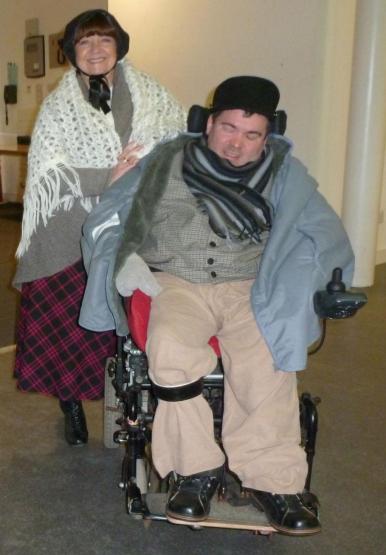 Dom Kippin, the Literature Development Officer for Portsmouth opened the evening’s talks telling us about the events we’ve sadly missed in this bi-centenary year of Dickens birth and things to look forward for next year.  Dom is behind a number of initiatives including, Writers Hub, Portsmouth 2013 – Home of Great Writing and a  Bookfest every autumn for established and debut writers. http://www.portsmouthbookfest.co.uk

Rosalinda Hardiman, Curator of the Charles Dickens’ Birthplace Museum and Collections Manager of Portsmouth Museums revealed that the collection covers over a million items ranging from a flea to a pumping station.  They aim to have a number of exhibitions so that items from archive can be shown to the public at different times.  You can see the largest collection of Arthur Conan Doyle artefacts anywhere in the world at the Portsmouth City Museum.

Rosalinda talked about how well Dickens balanced his books with happiness and sadness and good and evil, with many themes as relevant today as they were when he wrote them.

His parents, John and Elizabeth Dickens moved to Portsmouth in 1809 as his father John was a clerk in the Navy Pay Office during the during the Napoleonic War.  At this time, prison hulks moored outside Portsmouth Harbour housed French prisoners of war, it took over seven hours by coach to London and the price of renting property in Portsmouth was double its peace time rates.  Frances Dickens was born in 1810 and Charles John Huffam Dickens was born on February 7 1812.  The family moved to Kent when Charles was two and Chatham and London became the major influences in his writing.  That said, he returned to Portsmouth to research Nicholas Nickleby in 1838 and paid a number of visits to carry out readings.  His last one being in 1866 which was a sell out.  Dickens could not find his birthplace and it did not come to light until 1903 when solicitors discovered the rent book of the property and it was sold to the Corporation for twice the market rate.  It opened as a museum in 1904.

Steve Tasane, Writer in Residence for Dickens 2012 and Performance Poet thrilled the audience with his 140 line ballad of The Old Curiosity Shop.  It was spellbinding and brilliantly performed without a single note.  We also enjoyed What the Dickens! and Bill Sikes’ Bull’s Eye.  Steve described Dickens  as the original pop performer with his works precursors to soaps and internet literature as he wrote in short instalments for mass consumption.

He followed this up a passionate delivery of his excellent poem, Save the Libraries

Steve has been sponsored by the Arts Council to write a novel called Blood Donors which will be published by Walker Books in their Undercover Range for teens/young adults in October 2013.