Maura Dooley has published several collections of poetry, most recently Life Under

Water and edited verse and essays including The Honey Gatherers: Love Poems and How Novelists Work.

Maggie Sawkins won the Ted Hughes Award for New Work in Poetry 2013 with Zones of Avoidance. Her two poetry collections are Charcot’s Pet and The Zig Zag Woman. 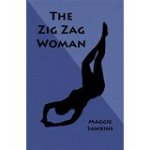 Mingle and meet poets amongst many other writers on Tuesday 11 October 2016. The evening will incorporate a short AGM which will start at 7.15pm

We were pleased to welcome our adjudicator Dr Mark Rutter, a lecturer at the University of Winchester. Mark is no stranger to the HWS: founder members might remember him as one of the ‘Three Poets at Work’ at the December 2011 meeting. As well as being a poet he is active as a visual artist and fiction writer, and also a member of the British Haiku Society and the Haiku Society of America.

1st Prize: Celia Livesey (Pseudonym Joanne Ward) Soliloquy of One of the Trolls from The Hobbit

‘I enjoyed the use of an unconventional, “unpoetic” voice in this poem. A lively and original poem.’

I could’ve been anyfink – yes I could,

There’s loads of jobs an’ fings at wot I’m good.

I could’ve been a chef; it’s not my fault

They don’t like stew with slugs and lots of salt.

I could’ve been Pri-minister, but then

All very well, but with snot on my chin

My image was wrong – I’m not even thin!

It’s tasty though, snot is, so I don’t care,

But I’ve got a feelin’ that life ain’t fair.

I tried to be an astro-nut, they sent

Me into space, but the helmet gave me

Allergies – an’ bumps all over me face.

I could make it big on telly, but I’ve

Always bin too smelly – but trolls can dream.

Now rooted to the spot, and turned to stone,

Far from the Misty Mountains, far from home,

I curse that Bilbo Baggins, he really

Is to blame, for since the sunshine hit me

I’ve never been the same. An’ that’s a fact!

‘I liked the way the poem managed to pack in a great deal of literary history and speculation about authorship without sounding like an essay. The rhythm never becomes bogged down and sounds convincingly like a voice.’

But Marlowe’s soared! We heard his Tamburlaine,

He asked to ghost some Histories in my name.

Of course I see it now: he’d always planned

I take the credit, so I keep the cash.

His Muse was killed in Deptford though, and now

He’s gone from writing Faustus and The Jew

To The Comedy of Errors and The Shrew!

The man has lost his mojo. So perhaps

The brand of ‘Shakespeare’ needs another ghost?

A butcher’s feast of vengeance, rape and blood;

‘This just struck me as an original take on the subject of the cuts, both amusing and to the point.’

I would never have believed it. The government’s last decree

on austerity. It applies to us deities too. Cuts all round.

I, Dionysus, God of wine, how can I make cuts? See,

perpetual raving and more. It’s here in my job description.

I scarcely can make merry on vin ordinaire or breakfast tea.

And then there’s Zeus with his mighty thunderous boilings,

and Poseidon too. Must he also curb his awesome rages?

Are their displays to be confined to blustery showers

and volcanoes which erupt in well controlled displays?

Will his tumult shrink to mere argument and fracas?

As for Apollo, God of archery and music, I trust he won’t be asked

to cope with only peashooter and maracas.

Pluto, God of this world’s hidden wealth, he should be aware

the underworld of darkness is at risk.

And Hera, Queen of marriage, women, childbirth, must reject

pressure to downsize to hasty assignations or one night stands.

And so Zeus, King of Gods, I hope he’ll tell them ‘Nuts, it’s mere mortals,

the little folk, they are the ones who always get the cuts.’

The prizes were signed copies by Ros Barber of The Marlowe Papers, and a Certificate of Adjudication signed by Mark Rutter.

In Conclusion: Our thanks to Mark for his adjudication – very much appreciated by the winners, and to all our contestants, 19 competition entries received in all – a tremendous response.