‘A Lifetime in Comedy’ 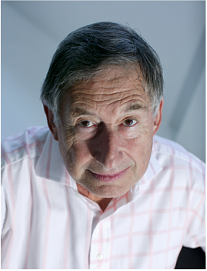 David began his writing career fifty years ago on the satire show, ‘That Was The Week, That was’. He has written twenty novels, including three featuring Reggie Perrin and four about Henry Pratt. His latest, ‘The Second Life of Sally Mottram’, is published in June this year. He has also written many sitcoms and comedy dramas for television, notably ‘The Fall and Rise of Reginald Perrin’ ‘A Bit Of A Do’ ‘Fairly Secret Army’ ‘Dogfood Dan and the Carmarthen Cowboy’ and ‘Love On A Branch Line.’. He wrote regularly for ‘The Two Ronnies’, and ‘The Frost Report’ and for several leading comedians including Tommy Cooper, Les Dawson, Ken Dodd, Dick Emery and Frankie Howerd. He has also written several single plays for television and radio, for which he also wrote three series of the sitcom, ‘The Maltby Collection’, and has adapted ‘Vanity Fair’ for the theatre. Last autumn he appeared at the Harrogate Comedy Festival, in the course of his first ever theatre tour with a one man show about his life and work.

‘E-books, Publishing and Self Publishing: an agent’s view’ – What are the pros and cons of getting a traditional deal or choosing the self-publishing route? In this rapidly changing landscape, what is the role of the agent

‘Writing the Novels of Ancient Rome’

Anthony Riches’ interest in all things military was inspired by his family’s service in the Boer War and both World Wars, and led to a degree in military history and psychology at Manchester University. Having long enjoyed military fiction he was signed by Hodder & Stoughton to write the ‘Empire’ series in 2008, and has so far produced eight of the planned twenty five books, set in the late second century AD. He lives in Hertfordshire with his family and works as a management consultant. He walked from Capua to Rome with two other authors in 2014, raising £25,000 for Medecins Sans Frontieres and Combat Stress.

‘The Drama of Current Affairs’

Journalist and author, Luke Harding, ex- Moscow Bureau Chief of the Guardian, winner of the 2014 James Cameron award,  and author of Mafia State, Wiki Leaks and the Snowden Files recounts some of his experiences.

‘Shakespeare Beyond Doubt – A Celebration!’

A performance in costume from Titchfield Festival Theatre a taster of Stewart Trotter’s new play Our Cousin Will.

History as inspiration, challenge and opportunity for the writer, and an agent’s view of the market for historical fiction.

‘The World of Thriller Writing’

Andy McDermott, bestselling author of the Nina Wilde/Eddie Chase thrillers, talks about his career as an author of high-octane action novels that are sold worldwide.

‘An Evening of Novels, Inspiration and Other Tales’

To find out more about Santa Montefiore and her books visit her website.